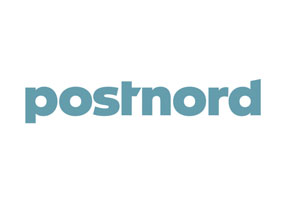 There are two projects that have stood out during our years as a partner to the Posten Group.

Posten’s largest unit, Production (Posten AB Communication) carried out a structural reorganization implementing a new working process and ten new regional management teams. In addition, approx. 650 million in costs would be saved in the coming years. Ledarskaparnas’mission was to strengthen the ownership of the new working process and to help management teams get an effective start. Even the nationwide management was covered by the mandate. Both Peter Brännström (Head of Production) and myself are happy with the effort. It surpassed the savings requirements by a wide margin and this year an all time high quality record (number of letters reaching the addressee) was set. ”

Jörgen Svedberg, (CEO Ledarskaparna) tells us: “The other project that stands out gave us a real challenge due to short time to launch of a manager coaching project that encompassed all from Malmö in the south to Kiruna in the north. The project covered 244 managers where each manager completed a six month coaching program. Posten’s calculations had clearly shown a correlation between a high leadership index and high achievement on part of their managers, and this was the incentive for the project. Maria Delby, Project Manager at Posten notes that “We see clear improvements in communications, a field where changes were urgently needed. We also see that the managers who were coached were able continue on their own, and those that could develop the most have actually done so. ”

Any cookies that may not be particularly necessary for the website to function and is used specifically to collect user personal data via analytics, ads, other embedded contents are termed as non-necessary cookies. It is mandatory to procure user consent prior to running these cookies on your website.